Despite their right to transport​ Mikaela's body, her family encountered costly and stressful obstacles. 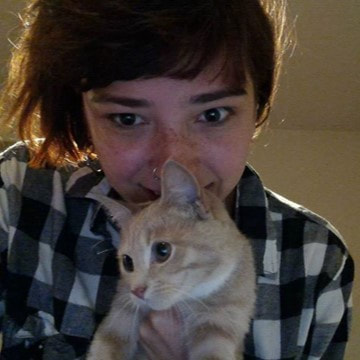 Caring for My Daughter After Death
When the doctors told us that our 22-year-old daughter Mikaela would not survive (see Part 1: Hospital Vigil), I was no stranger to the steps that could be taken next, having lost my mother at 17, along with many other close loved ones over my lifetime. I had already walked through the doors of many corporate funeral homes. I knew that this was not what I wanted for Mikaela in any way, shape, or form. I didn’t want to be away from my child’s body. I didn’t want anyone to care for her except those that I had chosen along with myself.

We arranged for a green burial at White Eagle Memorial Preserve (see Part 2: Green Burial) and to prepare her body for burial at the local Islamic Center, honoring the burial traditions of our family of origin.

Once she had been removed from life support and undergone an autopsy, we were to pick her up from the hospital and move her to the Islamic Center. Straightforward, right? Nope! It should have been—there are no restrictions in Washington law to a family transporting their own dead. But that doesn’t mean there aren’t significant barriers. I share with you our family’s saga along with what I have since learned, in the hopes that the process can be made simpler and as the law intends for other families.

The Disconnect Between Family Rights and Standard Practice
We were told that to pick up our daughter’s body from the hospital, we were required to have a Burial-Transit permit, otherwise known as the BT (I didn’t learn the formal name until nearly two years later). Keep in mind that funeral homes hired to do what are called “removals”—moving a body from place of death to the place the body will be prepared for burial or cremation—are not required to have this permit in hand; the BT is technically only required to move the body to the place of final disposition. But that’s not what we were told.

We were told that we had to have her death certificate in hand and take it to the local county registrar to get the BT. Here we ran into another difference between state law and actual practice. There is nothing in Washington law that requires families to hire a funeral director to obtain a death certificate. Before computerization, families could obtain the paper form and fill it out and file it themselves. But now that the death registration system is completely electronic, you have to work with a funeral director to get this sorted. We were told one alternative would be to get a copy of the death certificate from Washington State records in Olympia. The complexity of getting all of this done was exacerbated by the fact that we wanted to bury her the same day that we took her off life support, as is Islamic custom. I’ve since learned some of the information we were given was incorrect but at the time we had no idea.

The hospital would not release her body to us without the BT permit. I had to find a way to get the BT ASAP and ensure we could do all we had planned under tight time constraints. I was given the name of a funeral service that provided transportation. We refer to the person who answered that call as “Jack” short for the donkey by that name, since he was such a horrific human being. He insisted it would take at least three days to obtain the BT. He said I had no other choice. He looked up Mikaela’s record in the electronic death registration system and proceeded to list himself as the funeral director, telling me it would need to be handled as he directed. At this point I hadn’t agreed to have him do anything. He had put himself in as the driver’s seat of my situation in less than five minutes of being on the phone. After I said I was going to hand him off to my friend because the conversation was bringing on a panic attack, he refused to speak to my friend. He continued to badger and shame me until I was in tears. My friend grabbed the phone, told “Jack” the funeral director off, directed him leave us alone, and hung up.

Thankfully we were given another phone number of a service associated with the Islamic Cemetery. That funeral director was nicer but still said it was nearly impossible to get the BT in the time I wanted. We would have to use their service. All I kept thinking was: these people want to hold me hostage for a ridiculous amount of money so they can transport my child’s body for a three-hour drive to the cemetery. I was not going to allow a stranger to transport my child.

A Costly and Stressful Compromise
Thankfully, the Islamic Center liaison was my saving grace; he was my angel that day. After explaining my situation, he started a conference call with the funeral director. He told the funeral director, “You will get her the permit and that is how it will be.” The funeral director hemmed and hawed but eventually agreed. Keep in mind, the only resistance or stress in all of this planning came from these funeral directors. I was clear about what I wanted and needed, but it went against what they were used to managing.

Finally it was agreed that the funeral service would pick up my daughter’s body from the hospital and transport her to the Islamic Center. This 17-mile drive cost $1,000. Originally it was going to cost $1,500 but thankfully my guardian angel at the Islamic Center told the funeral director that it was too much and arranged a re-route to make a shorter trip. To be clear, money was not the issue for us. It was the constant challenge of having to push back on funeral directors, none of whom we wanted or should have had to hire, who kept wanting to sell us their services, instead of just supporting us in activating our plan.

On the day Mikaela was removed from life support around dawn, to be autopsied, transported to the Islamic Center for burial preparation, then transported again to be buried at sunset, there were a bunch of timing hiccups. In the midst of the sequence with autopsy timing and all the rest, with half of our inner circle already at the cemetery digging her grave, the funeral director’s assistant texted me to say they weren’t able to get the BT permit. I explained that wasn’t acceptable, and they needed to sort it out. Again, they told me no, they didn’t think they could do it. I believe my exact text message was, for the love of God and all things holy I need that certificate and they needed to sort it out ASAP. My father was at the Islamic Center waiting for us to arrive there with Mikaela’s body. I’m not sure what back channel conversations occurred but he called me as we were heading that way to let me know that they had just received the permit.

That small piece of paper caused more stress and anxiety than I can put into words. If I knew then what I know now, had I been able to access the right resources, this aspect of my daughter's care would have been so much easier. At the time, I simply stood in gratitude for the pieces that came together, in spite of the challenges to get there.
Read the rest of Mikaela’s Story: Part 1: Hospital Vigil and Part 2: Green Burial.

Mikaela’s Story is told by her mother Zaakera Stratman

Editor's note: While researching legal access for families for this website, we approached the State of Washington's Department of Health, which subsequently clarified the process for Families Acting as Funeral Directors. Zaakera's willingness to share her family's story contributed to the restoration of access to paper death certificates for other families going forward. (Read How to Complete Paperwork for more on this process.)