After Heather's near-death as a baby, her mother made preparing for her death a healthy part of their life. 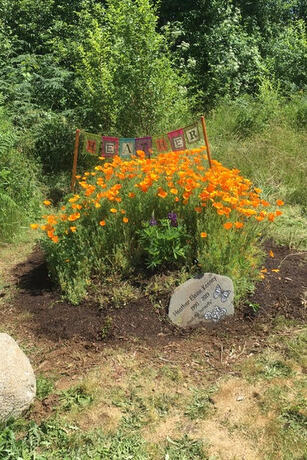 Before my daughter Heather was born, doctors warned that her life would be hard and short. She was born with hydrocephalus, a condition which traps fluid inside the brain. In her case the resulting brain damage was profound, but Heather lived to be 28, almost 29, years old. ​

The day after Heather was born, a shunt was placed in her brain. This man-made mechanical device would keep her alive and put her in peril at the same time. If a shunt clogs, you only have a small window of time to get a new one surgically implanted before the pressure in the brain is too much and the body starts shutting down. Every time Heather was sick and we went to the ER, we had to rule out a shunt failure along with an infection or the regular ol’ flu.

When Heather was three she had her first shunt failure that nearly took her life. Our favorite nurse told us they were doing everything to get Heather into an operating room but that time could run out. Heather was already breathing at half power and her heart rate was slowing down. Then 45 minutes later an operating room opened up and Heather was in surgery. Within 90 minutes she had a new shunt and was back to her wiggly self. It felt like a miracle.

About a week or so later when I was rethinking the whole hospital stay and how close we truly came to losing Heather, I thought, “Oh man, that could happen again. She has a shunt! What if she doesn’t make it next time?” I needed some answers.

Preparing for My Daughter's Death
I took a deep breath and picked up the phone book, and looked up funeral homes in the yellow pages. I dialed a number. “Hello, this is Cathy, can I help you?” I sputtered around a little bit before I got to the part of telling Cathy that we have medically fragile daughter, we almost lost her last week, and I just want to know my rights as a mother. If she were to die, then who takes charge? The doctors?

She was calm and listened for a while until there was a natural break in the conversation and then asked, “What would you like to see happen when that time comes?” I told her, “I would like to take care of Heather in death as I have taken care of her in life. I want to bathe her and dress her, no embalming. And I’d want to go directly to the cemetery.”

The next thing she said galvanized me: “The power is in the body. Whoever has the body wins. You can’t let her body cross the threshold of our business, because if you do, Washington state laws lock down around her, and if anyone aside from you and your husband want to view Heather she needs to be embalmed.” (By the time Heather died, embalming was no longer required.)

Cathy went on to say she could support my wishes and helped me understand what I would need to pull it off. We made a plan that included doctors signing Heather’s body over to me, which was legal but precious few people knew it. They would build a casket and come by our place of residence and pick Heather up. I felt secure in that I had a plan. (Frankly, looking back, I am not sure if the plan would have worked.)

Over the years I kept my eye on Cathy, my ally, as Heather was in and out of the hospital. About 12 years later, Cathy’s funeral home went out of business. I needed to make a new connection that would help me when the time came. I found Char Barrett, who was starting a business in home vigils and green burials, and she came by our home one night for a brief meet and greet and crash course in what to do if we were to wake up one morning and Heather didn’t. The session was very informative and gently delivered in our living room.

Then I signed up for her courses in home death midwifery, which made perfect sense to me. Why wouldn’t I want to be certified to take care of Heather in death as I had taken care of her in life? There were a few tricks to the trade, ways to work with rigor mortis when it sets in and then when it lets go. Also understanding the legal documents, the transportation permit, and how to get that through the county/state in a timely way. All doable, just a few instructions are needed.

After my first class, I felt empowered. I knew where the closest green burial cemetery was. I knew what to do and whom to call. I felt like the plan I had would actually work in the face of opposition from anyone. I was certified, and I had an instructor who was a mortician, whose business card I carried with me at all times.

As time passed, Heather went in and out of the hospital, sometimes in critical near-miss situations. Each time—on that brave day when she was back at home, safe and sound and back to her old self, when my being caught up with what almost just happened to us—as part of my recovery, I would ask myself: "What do you need for her funeral?" One time my answer was a blanket, so I made a special 100% cotton biodegradable blanket. One time the answer was candles, so I poured candles, and put them in a box for later. One time the answer was a casket, so I called my connections in the green burial world and asked, “Do you have a child size casket?” Their answer was, “No. We have adult and baby, but not child. We can cut down an adult biodegradeable one or we could order one.” So we went looking on the internet and found a perfect one from England, a basket casket. My husband took over the ordering. It took six weeks for it to get here. It stayed in our storage for three years. Piece by piece our home vigil was planned and put in a box for later, by asking: "What do I need?"

Then came the real time.
For Heather, her death was easy and peaceful. Her digestive tract just stopped working. She faded without drama, in four weeks.

Hospice had been called and family was coming by to say good-bye. A few last vigil ideas came to mind. Like a map of Seattle and large words on the bottom: “Where did you meet me?” People who came to the vigil got to put a pin in the map of where they meet our girl in her 28 years of life. Was it in her Green Lake house or her Shoreline house? Did you meet her at school or at church? Another area in our home during the vigil was a butterfly station to write or color messages to Heather on butterfly-shaped paper; these were buried with her.

These interactions helped our family and friends get used to the idea of Heather being at her own funeral. We had placed her on her favorite beanbag chair, the love-sac, just naturally hanging out there, me next to her, stroking her hair like I had done thousands of times before. She was dressed in relaxed, comfortable clothes, and I was too. People came by for 15 minutes to an hour to share their favorite stories of Heather and her family, share food and make a butterfly or two. It was very relaxed and unique to share time with Heather’s people in an unpressured way over two days.

On the third day we had a meaningful ceremony that was approximately 25 minutes long. The best part for us, as her parents, was when we took the quilt I had made off the wall and lined her little casket, and then Dad and I got to move her body into this cozy resting nest we had made. The final kiss to let her go was an understanding between us that she had done well with this life she was given, and now it was our time to figure out how to live without her. Many sweet tears were shed, and the casket lid was fastened. Gently picking her up to escort her out of her earthly home, and driving her to where her body would join nature, was holy work.

We drove her in her minivan to The Meadow, the closest complete green burial site. It took us some effort to get the transportation permit, but we had it. Twenty or so family and friends worked with hands and hearts to bury Heather there on May 21, 2019.

View a 6 minute video (click on image above) of Heather’s home funeral and green burial, and her gravesite through the four seasons in the first year after her death.
Heather's Story is told by her mother, Linda Keeney.

Editor’s note: Despite Linda’s advance preparations to handle Heather’s death certificate and burial/transit permit as allowed under Washington law, the state’s transition to an electronic death registration system created a barrier. She explains, “That piece of the puzzle changed on us over time. When we had a dry run in 2014, families could just ask the coroner to pay a home visit. We had his business card in our file. Then the spring before Heather died, we discovered that families would need a funeral establishment to get the permit for them. So I went shopping and simply compared prices. We made a connection with the one we chose two months before we needed them. Washington has locked families out of this part of the deathcare process. It didn’t used to be this way. We used to be like Oregon, with a paper filing provision for home funeral families.”

While researching legal access for families for this website, we approached the State of Washington's Department of Health, which subsequently clarified the process for Families Acting as Funeral Directors. Linda's willingness to share her family's story contributed to the restoration of access to paper death certificates for other families going forward. (Read How to Complete Paperwork for more on this process.)